The Golden Corridor of Los Cabos is nothing short of spectacular 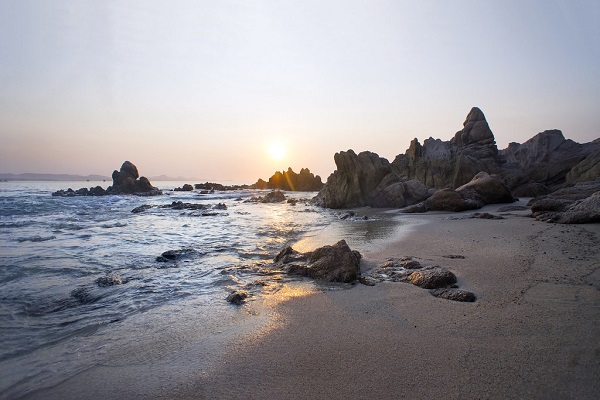 When you visit Cabo San Lucas, be sure to head north along the Sea of Cortez.  Very soon, you’ll reach the amazing Golden Corridor, which is nestled between Cabo San Lucas and San Jose del Cabo.  And, it’s got everything you need for a great Mexican getaway.  From luxurious resorts and communities, to beautiful white-sand beaches, the Golden Corridor is nothing short of spectacular. 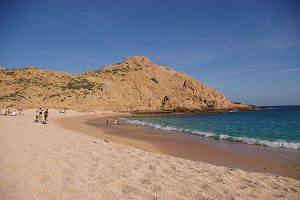 The secluded Playa Santa Maria stretches in front of Montage Los Cabos.  Located in a secluded cove, it contains many beautiful natural wonders.  To begin, it received the international Blue Flag certification.  This award signifies the highest-possible environmental and water-quality standards.

Playa Santa Maria is a great place to swim, all-year-round.  Also, there”s great snorkeling and diving in its calm, pristine waters.  And, this beautiful cove is really teaming with life.  There, watch the jumping dolphins, spouting whales, and soaring gulls and pelicans, just to name a few.

The waters in Santa Maria Cove are crystal clear.  You can see tiny iridescent blue fish from over 50 feet away.  And, this protected, horseshoe-shaped beach is flanked by craggy rock formations, which shelter the clear waters.  Santa Maria Cove is perfect for snorkeling Cabo San Lucas – and it’s a popular place for scuba diving too. 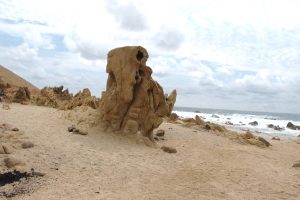 What was once called Twin Dolphins Beach, Playa Las Viudas is an isolated beachwith beautiful rock formations and lush sand to walk on.  This beach is not the the best for swimming, due to the rough waters, but it’s fun to explore the secluded shoreline and its tide pools.  And, it was also awarded the international Blue Flag certification.

The original name Twin Dolphins Beach came from the Hotel Twin Dolphin, which was an exclusive 50-room resort.  It offered the finest in seaside luxury – minus televisions and telephones. Over time, it became less popular as Cabo San Lucas, Mexico, grew into one of the greatest tourist destinations in the world. Therefore, the hotel closed its doors in 2006 and the buildings were completely demolished.

Thank you for reading The Golden Corridor of Los Cabos is nothing short of spectacular, written by Greg Hixon.  Be sure to read other posts about Los Cabos on the Los Cabos Agent blog. There, learn about the many wonderful aspects of Los Cabos, Mexico, from blog posts like this.

← Sea of Cortez: Discover the most biologically diverse body of water on Earth
Uncover the intrigue at the Arch of Cabo San Lucas →