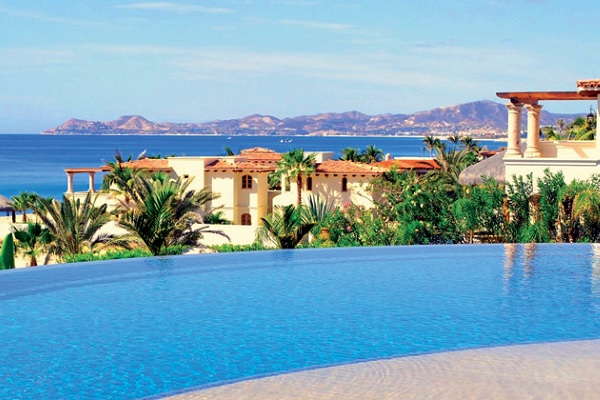 Nestled between rolling desert hills along the beautiful Sea of Cortez, El Encanto de la Laguna is a Mexican dream-come-true.  To explain, this exclusive beachfront luxury community exemplifies the best of Los Cabos living.  And, it has everything you’d desire in a great Mexican getaway.  For example, you’ll find beautiful hacienda-style single-family homes and truly luxurious condominiums for rent or to purchase. Also, the panoramic views from every home and condo are stunning.

Only minutes from San Jose Del Cabo, El Encanto de la Laguna boasts many wonderful amenities.  For example, there’s 24-hour gated security, in-house property management and concierge services, a beach club, paddle tennis court, and a fitness center, to name a few.  And, as you enter the gates of this magnificent master-planned community, you’ll quickly understand why this is one of the most incredible settings in the world.

Established back in 2005, El Encanto de la Laguna was developed by Richard Wesselink and Steve Galvanoni.  These two entrepreneurs have been working together since ever since they formed Wesselink/Galvanoni Holdings back in 1985.  Along with El Encanto de la Laguna, their diverse residential real-estate holdings include properties in Scottsdale, Arizona, Rancho Santa Fe, Coto de Caza, and San Clemente California.

During the early 2000’s, there was very little infrastructure east of San Jose del Cabo.  However, there was talk of a marina, golf courses, a bridge, and new roads that would open up this area.  This wonderful place was clearly charted for future growth, making the timing perfect for development. Rick and Steve chose to create a community to be an oasis by the sea, with city power, desalination plant, and newly paved roads, while maintaining the unique feel of the area.  So, what started as a vision, quickly became reality after breaking ground in 2005.

As part of Los Cabos, along with Cabo San Lucas and the exquisite stretch of white-sand coastline between them called the “Golden Coridor,” San Jose del Cabo is full of sophisticated charm.  And, it retains much of its original Spanish-colonial character.  Therefore, unlike its festive counterpart, Cabo San Lucas, San Jose del Cabo provides tranquility and sophistication like no other place in Mexico.

Downtown San Jose del Cabo boasts grand historic architecture, such as the 18th-century Misión de San José del Cabo Anuiti and the 19th-century City Hall. There, nature lovers indulge in the Wildlife Estuary.  Also, fine-art aficionados love to explore the historic art district, with its chic art galleries and its many elegant restaurants.  And of course, when you’re ready to enjoy some great Cabo San Lucas nightlife, it’s only a 30-minute drive to Land’s End, at the southern tip of Baja California.

Now for a short history…

Many Americans, Canadians, and people from other countries choose to make Los Cabos, Mexico, their home or vacation home in places like El Encanto de la Laguna.  So, discover how to purchase your dream home in Los Cabos, Mexico by inquiring with the top Real Estate broker in Los Cabos: Nick Fong, who’s been featured twice on HGTV’s Beachfront Bargain Hunt.

Thank you for reading El Encanto de la Laguna exemplifies the best of Los Cabos living, written by Greg Hixon.  Be sure to read other posts about Los Cabos on Nick Fong‘s blog at Blog.LosCabosAgent.com. There, learn about the many wonderful aspects of Los Cabos, Mexico, from blog posts like this.