Watch the Cabo Sea turtles get released for some fulfilling memories 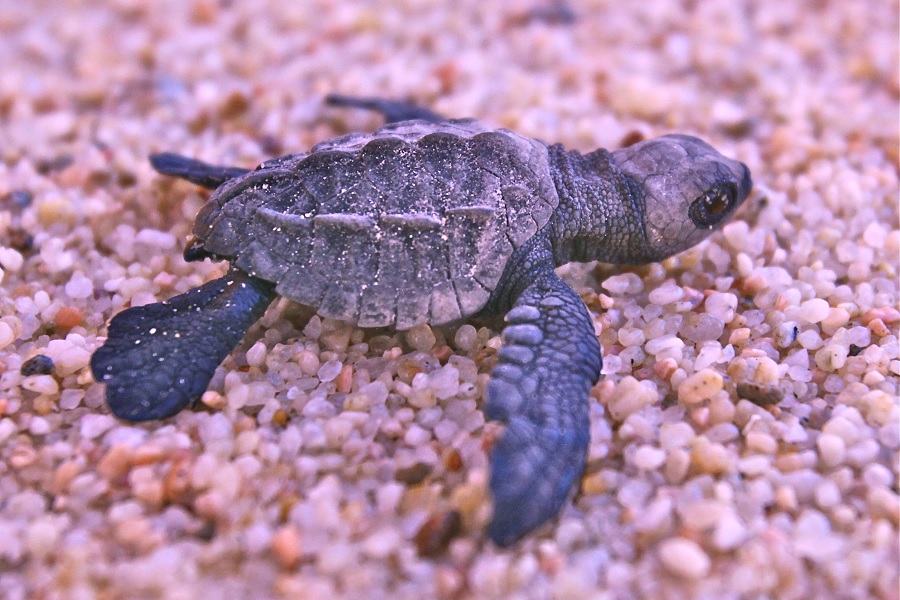 Each summer around June and July, the beaches of Los Cabos are embellished with one of the most amazing moments of the Sea of Cortez.  Several different species of Cabo Sea turtles return ashore to make their nests.  Then, thousands of their younglings are born and make their way through the sand and out to sea.  In this post, learn everything you need to know about the release of Cabo Sea turtles.

Unlike other marine animals, Cabo Sea turtles leave the water to build nests in the sand for their eggs, near the same place where they were born.  Four of the seven species of turtle return to make their nests where thousands of little Cabo Sea turtles will be born before the end of the year.

Since the year 2000, the city council of Los Cabos operates a Sea turtle conservation program through the ‘’Tortuguero Camp’’.  This program started protecting 7 miles of coastline for the turtles to nest safely.  It currently covers 60 miles of beaches!  The goal, of course, is to cover the 110 miles that the Municipality has of beaches.  Today the beaches of Los Cabos San Lucas are considered of most importance in all of Mexico.

There are four different species that you’ll be able to see in the shores of Los Cabos.  The Hawksbill, loggerhead, leatherback and green sea turtles.  They all grow every year on the shores of the Baja region.  They’re attracted by the warm waters and the memory of their own births on the exact same shores.  If you’re wondering when the nesting season is, the answer may vary for each year.  By August, you might be able to see the first round of female turtles digging their nests on the beach.  Furthermore, from August to December, nests will be made sporadically depending on the species.  You’ll start to see protection squads around nests to protect and to release when the baby turtles are ready to go back to sea.

When do Cabo Sea turtles’ hatch?

It takes around 45 days for turtle eggs to hatch completely.  If turtles start to nest in August, after laying up to 100 eggs you’ll see them hatch around September.  Remember that it all depends on the species and on the environment, it might take the egg longer to hatch.  So you’re able to live this experience from September going as far to December.

Look at these newborns go, you can even help them out to start their journey safely to the water.  All with the supervision of professionals of course!  While most nests are relocated to protected areas, you can get to see some out of these areas.  You should make sure that other animals or tourists don’t obstruct with this natural process.  Lots of resorts in Cabo are part of the Sea Turtle Protection Network and many attend workshops given by the Department of Natural Resources and Wildlife.  This means that the hotel staff should help you if you see the baby turtles nearby.

This mass nesting it’s a very important cycle in the wildlife of the Los Cabos region.  However, these turtles are endangered species and their babies face many challenges, even before the eggs hatch.  Whether it’s the regular activities tourists do in the beach that threatens to crush the eggs, or the birds in search of food, moving the eggs to a protected area until they hatch is a vital part of the nesting season in Cabo.

See this magnificent event with your own eyes

Undoubtedly one of the most beautiful activities you can do in Los Cabos along with the whale watching or swimming with dolphins.  Releasing a turtle is a unique sensation that nature offers for you to experience.  An activity that gives children and adults a special sensitivity towards nature and makes us understand the importance of preserving and respecting the planet in which we live.  Come and live for yourself the experience of turtle’s release in Los Cabos!

Many Americans, Canadians, and people from other countries choose to make Los Cabos, Mexico, their home or vacation home.  So, discover how to purchase your dream home in Los Cabos, Mexico by inquiring with the top Real Estate Broker in Los Cabos: Nick Fong, who’s been featured many times on HGTV’s Beachfront Bargain Hunt.

Thank you for reading Watch the Cabo Sea turtle release for some fulfilling memories, written by Greg Hixon of RE/MEX Image.  Be sure to read other posts about Los Cabos on the Los Cabos Agent blog. There, learn about the many wonderful aspects of Los Cabos, Mexico, from blog posts like this.

← Shopping in Cabo: discover how to do it the right way!
Uncover the best water activities in Cabo →