Sea of Cortez: Discover the most biologically diverse body of water on Earth 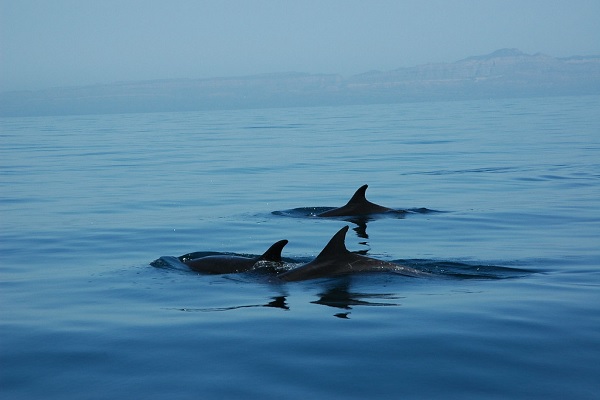 Once called “The World’s Aquarium” by Jacque Cousteau because of its great biodiversity, the Sea of Cortez is the most biologically diverse body of water on Earth.  To explain, it supports over 900 varieties of fish.  And, it supports more than 2,000 species of marine invertebrates.  Also, It’s home to many endemic species, which are creatures that only exist there, and nowhere else on Earth.

You’ll find many sea creatures, the largest of which are the migratory whales.  And, these whales include humpbacks, California grays, and even orcas or killer whales.  Then, you’ll find giant whale sharks peacefully feeding on plankton.  Swimming next to these gentle creatures is an experience of a lifetime.

Brief history about the Sea of Cortez

This is what happened…

Boating adventures on the Sea of Cortez

The Sea of Cortez is the home to many exciting water activities.  And, one of the most popular activities for visitors is a charter cruise.  You’ll find a great variety of boats available for hire, each offering their own unique experience.  There are intimate sail boats available along with grand yachts to cruise on.  Check out Cabo Sailing to see some great sail boat and yacht charter options in Cabo San Lucas.

While traveling by boat along the Sea of Cortez, catch a glimpse of a whales while they’re migrating to or from the Pacific. The migration of humpback and gray whales can be seen from December through April. And, what a site to see.  To assist your desired adventure, you can find a host of whale-watching tours running from sunrise to sunset.  These tours offer a once-in-a-lifetime chance to see both whales and the many other sea creatures that live in the Sea of Cortez.

Snorkeling in the Sea of Cortez

The right site makes all the difference.  You need to find reefs that provide food, habitat, and cover for all of the beautiful sea creatures.  And, there are two locations that meet this criteria in Los Cabos.  Knowing where to go is the key to success.

Before tourism exploded in Los Cabos, the southern tip of Baja California Sur was dotted with tiny fishing villages.  That’s due to the rich waters where the Pacific Ocean meets the Sea of Cortez.  This is home to great quantities of black and blue marlin, tuna, dorado, wahoo, and many more species.

Thank you for reading Sea of Cortez: Discover the most biologically diverse body of water on Earth, written by Greg Hixon.  Be sure to read other posts about Los Cabos on the Los Cabos Agent blog. There, learn about the many wonderful aspects of Los Cabos, Mexico, from blog posts like this.

← Los Cabos real estate market report: first quarter of 2019
The Golden Corridor of Los Cabos is nothing short of spectacular →