Baja California has an intriguing past and a bright future 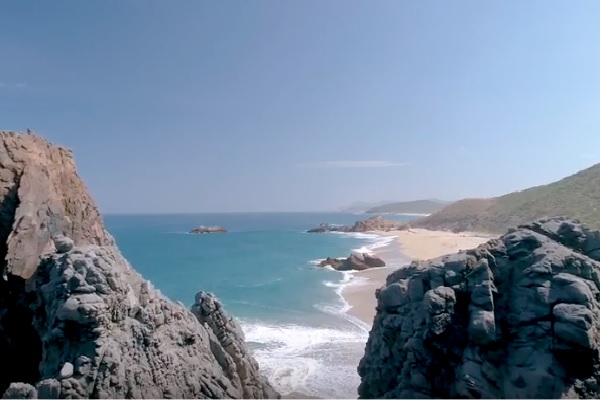 You’re about to uncover the intriguing past and bright future of Baja California, which is home of Cabo San Lucas, two spectacular bodies of water, and an intriguing history.  To start, the famous town of Cabo San Lucas, Mexico, sits right at the southern tip of the Baja California peninsula at Land’s End.  And, the two most magnificent bodies of water lie on each side if this long, narrow landmass.  Next, this peninsula was once considered an island for hundreds of years.  So, let’s take a deeper look.

Once called “The World’s Aquarium” by Jacque Cousteau because of its great biodiversity, the Sea of Cortez is the most biologically diverse body of water on Earth. To explain, it supports over 900 varieties of fish. And, it supports more than 2,000 species of marine invertebrates. Also, It’s home to many endemic species, which are creatures that only exist there, and nowhere else on Earth.

Then there’s the Pacific Ocean, the largest and deepest ocean in the world.  Having colder waters and bigger waves, not very many beaches on the Pacific side of the Baja Peninsula are swimmable.  So be warned!  Don’t let the panoramic beauty of this coastline fool you.  Use caution when choosing a beach for swimming, surfing, or snorkeling.

Being the second-longest peninsula in the world, Baja California measures 775 miles long.  For perspective, the northern end starts at the southern US border, north of the Sea of Cortez.

This spectacular peninsula in Mexico is famous for many things.  For example, you may have heard about the Baja 1000?  This race has been attracting competitors internationally for over half-a-century now.  Then, there’s Cabo San Lucas, the reason for Baja California’s bright future.

After being discovered, the peninsula of Baja California was thought to be an island, before it was properly surveyed.  But, for another century, it was still marked on early maps as an island.  It’s hard to imagine life without the internet, but back then, information traveled very slowly.

Once called “The World’s Aquarium” by Jacque Cousteau because of its great biodiversity, , the Sea of Cortez is one of the most biologically-diverse bodies of water on Earth.  And, this body of water extends almost to the US border, where California and Arizona meet.

The northern Sea of Cortez

Thank you for reading Baja California has an intriguing past and a bright future, written by Greg Hixon.  Be sure to read other posts about Los Cabos on the Los Cabos Agent blog. There, learn about the many wonderful aspects of Los Cabos, Mexico, from blog posts like this.